Punishment in the Yorkshire Dungeon

Punishment given to slave from Huddersfield Mistress Athena

My slave has been visiting me now 15 months,

when he first started coming he was into whipping & hard

but he wanted to try caning

Obviously I am amazing with the cane,

I introduced him to this, which he enjoyed but found too much for him.

Now the whip, we have played with the whip many times,

however I noticed his pain threshold was becoming worse rather than better,

I also noticed him wincing when ever the whip was taken out. 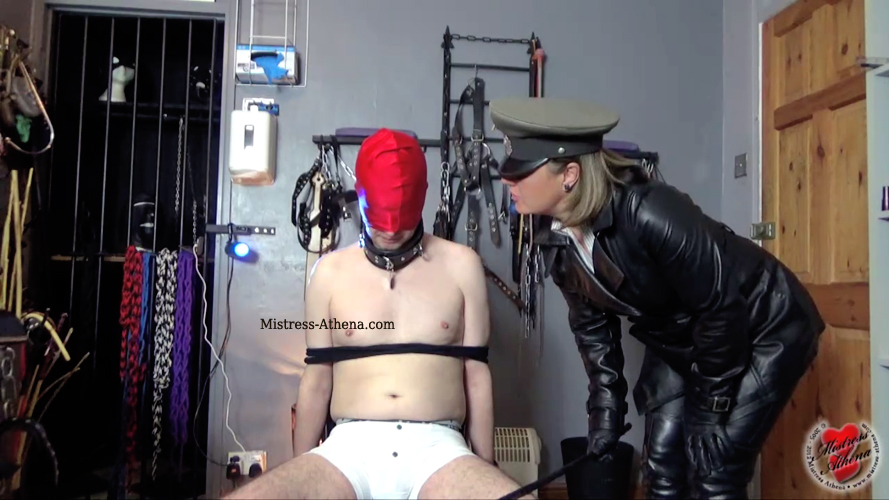 So I asked him about this, he said in his head he had an idea of how far he wanted to go,

and he had reached that peak and he can not tolerate the whip any longer,

it was too painful for him, all he really enjoyed the whip,

so this was a chance for me to explain to him the difference between pain and punishment.

When a Mistress & sub play, if for any reason leading up to the session or in a 24/7  D/s relationship,

the slave may find himself in some trouble for what ever the reason,

depending on what he or she has done would depend on the punishment.

Now if the punishment is a whipping, the whipping  in my eyes will be quite hard,

as it is just that a punishment.

However for me as a Mistress this is how I see it, play is totally different,

play is when the slave has done nothing wrong you are just having fun,

and the whip becomes involved, this is where the slave learns to take the whip,

building up the tolerance towards it, finding out if this is for him.

My slave did not know the difference and really this should have been spoke about sooner,

but he had told me when we first me about the whipping he had taken before me etc,

I did however say he is more into the intimidation side of things,

and followed that through a lot of the time, so his sessions was always enjoyable.

I just wanted to get my  difference between the too out there,

for fear of a good punishment, because that is far from how it works.

I have uploaded new clips to all stores.New footage to my onlyfans , so please support me at this moment in time.

Enjoy your evening everyone

I have availability Friday, nothing sat or sun or mon, then back in again Tuesday the 21st